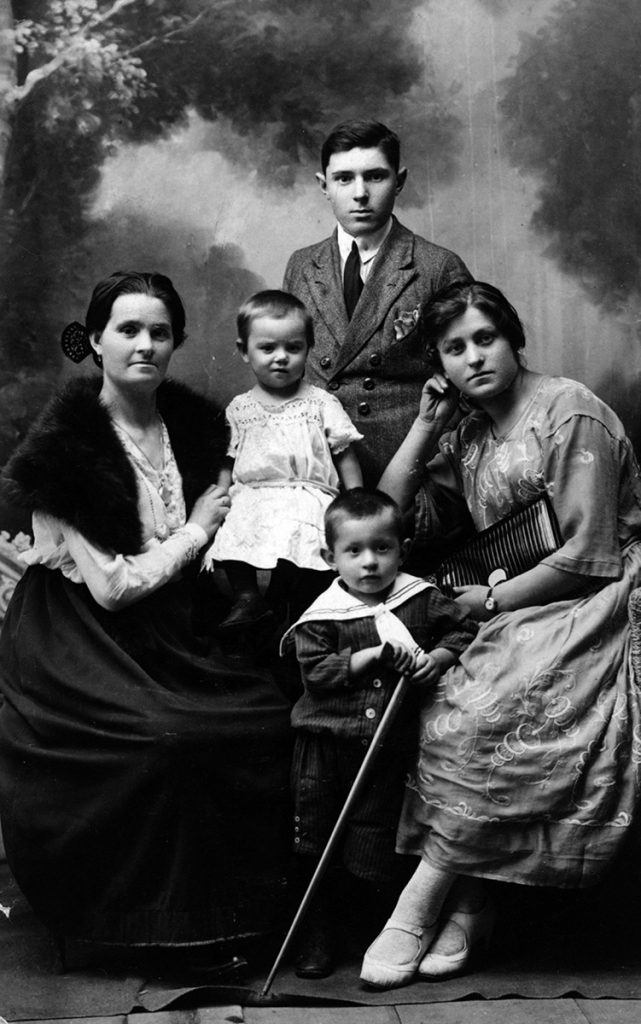 From St Petersburg to Vilnius

Born after The Great War, Viktoras’ parents Vincas and Virginia were displaced from their native Lithuania and found themselves in St petersburg with their first son, Steponas and in 1921, Viktoras was given light to this world during a devastating famine which followed the Bolshevist Revolution. This tumultuous time forced the family to flee once more and in 1922 they headed back to their homeland eventually settling back in Vilnius, now under occupation by Poland, claiming the once capital of Lithuania as its own.

Their parents struggled to gain a foothold for survival and to add further strain, another child, Sofija, was born. Shortly after, their father passed away from an untreatable condition. Viktoras was three. 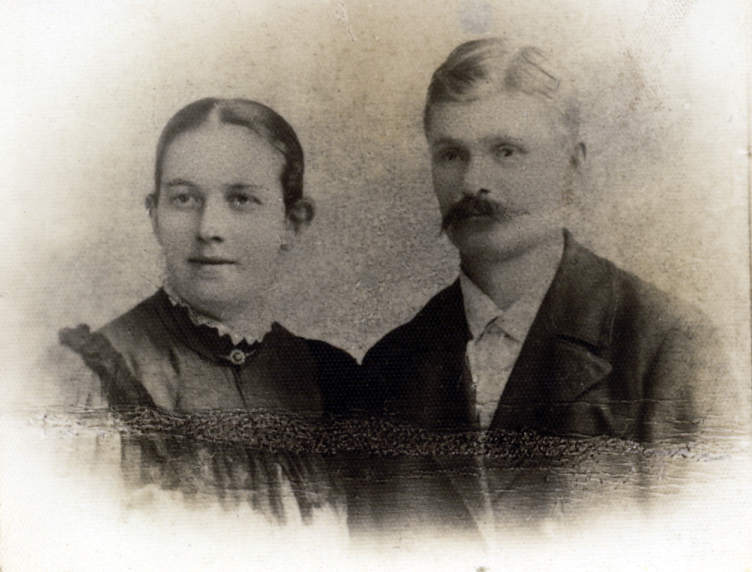 Vilnius - a cork on a boiling sea

During World War I, Vilnius was occupied by Germany from 1915 until 1918. Still under German occupation, Council of Lithuania proclaimed the Act of Independence of Lithuania in Vilnius on February 16, 1918. Act proclaimed restoration of the independent state of Lithuania with Vilnius as its capital. The German civilian administration of the Ober-Ost declined to pass full authority to Lithuania, which was not controlled by the Germans any more. Instead, the Germans tried to control the area by conflicts between local nationalities as it became clear that the German plan for creation of Mitteleuropa, a net of satellite buffer states was failing.

Finally, on January 1, 1919, the German garrison withdrew and passed the authority over the city to a local Polish committee, against the pleas of the Lithuanian administration. A Polish administration started to be formed. Former members of the local Polish Self-Defence formations, now formally enlisted into the Polish Army, took over the posts while the Lithuanians withdrew along with the Germans. On January 5, 1919 the city was taken by Bolshevik forces advancing from the east. Vilnius was proclaimed the capital of the Lithuanian–Byelorussian Soviet Socialist Republic. For the next 4 months the city became a communist experiment in governance. During the course of that conflict, on April 19, 1919 the city was again seized by Poland (the Vilna offensive), this time by forces of the regular Polish Army. A year later, on July 14, 1920 it was lost to Soviet forces again (this time, the Soviets were aided by Lithuanians, who were promised Vilnius).

Shortly after the defeat in the Battle of Warsaw in 1920, the withdrawing Red Army handed the city over to Lithuania, in accordance with the Soviet–Lithuanian Peace Treaty of July 12 of that year. The treaty allowed for the transfer to Lithuanian authority of some part of the areas of the former Grand Duchy of Lithuania. Although the city itself, as well as its surroundings were actually transferred, the fast pace of the Polish offensive prevented additional territories to be handed over by the Red Army and the disputed area was split into Lithuanian and Polish-controlled parts.

Probably, the main reason behind the Soviet agreement with Lithuania was to weaken Poland and hand the disputed territories to a weaker state, which Lithuania was at the time, in order to reconquer the area more easily after the retreat of the Red Army had halted. Also, the independence of the Baltic States was seen by Lenin as temporary. However, after the Battle of the Niemen River the Red Army was again defeated and Bolshevik Russia was forced to abandon her plans for reincorporation of all the lands lost by the Russian Empire in the Treaty of Brest-Litovsk

As Russia moved away, Polish-Lithuanian relations worsened. In demographic terms Vilnius was one of the most Polonized and Russified of Lithuanian cities during 1795-1914 Russian rule, with Lithuanians constituting a mere fraction of the total population: 2% – 2,6% according to Russian (1897), German (1916) and Polish (1919) censuses. The latter two indicated that 50,1% or 56,2% of the inhabitants were Poles, while the Jewish share in the population amounted to 43,5% or 36,1% (they were conducted after large part of the inhabitants of Vilnius were evacuated to Russia, mostly Voronezh because of war in 1915). The Lithuanians nonetheless have the strongest historical claim to the city (former capital of the Grand Duchy of Lithuania, the very center of the formation of medieval Lithuanian state) and refused to recognize any Polish claims to the city and the surrounding area. Lithuanian national activists, for example: Mykolas Biržiška and Petras Klimas, supposed Poles and Belarusians in the Vilnius province to be “Slavicized Lithuanians” who, regardless of their individual preferences, must “return to the language of their blood”. After the Bolshevik armies were pushed out of the area, the line reached by the Lithuanian forces before the Poles arrived was secured and diplomatic talks started. However, the negotiations on the future of the disputed area, held under the auspice of the Conference of Ambassadors in Brussels and Paris came to a stalemate and the Polish head of state, Józef Piłsudski feared, that the Entente might want to accept the fait accompli created by the Soviet-Lithuanian Treaty of 1920. As both countries were officially at peace and the Lithuanian side rejected the idea of a plebiscite, the Poles decided to change the stalemate by creating a fait accompli for their own cause.

The move to Independence grows nearer

On October 9, 1920, the Lithuanian-Belarusian Division of the Polish Army under General Lucjan Żeligowski seized the city in a staged mutiny. Vilnius was declared the capital of Republic of Central Lithuania, with Żeligowski as its head of state. The negotiations in Brussels continued, but the Polish move did not simplify the situation. Among the plans proposed by the Entente was a creation of a Polish-Lithuanian state based on a cantonal system, with shared control over the disputed area. While this was acceptable to both sides, Poland insisted on inviting the representatives of Central Lithuania to the talks. At the same times the Lithuanian politicians argued that the Central Lithuania was but a puppet state of Poland and rejected the idea. Finally, the talks came to yet another stalemate and no agreement was reached.

Elections, Lithuania as an Independent country

On January 8, 1922, general parliamentary elections were held in Central Lithuania. Lithuanian historians claim that many Lithuanian candidates were not registered because they did not speak Polish. Apart from the Lithuanian, Jewish and Belarusian organisations that eventually decided to boycott the voting, Poles, who took part in it supported the incorporation of the area into Poland – with different levels of autonomy. 63.9%  of the entire population took part in the voting, but among different ethnic groups the turnout was lower (41% of Belarusians, 15.3% Jews and 8.2% of Lithuanians). Poles were the only major ethnic group in which the majority of people voted. This and the frauds noted by the Pro-Polish Chief of Military control sent by League of Nations Col. Chardigny in his report were the pretexts for Lithuania not to recognise it. Also, the Lithuanian side argued that the election area covered only the territory of Central Lithuania, that is the areas under Lithuanian administration prior to Żeligowski’s action, while it should also cover the areas promised to Lithuania in the Soviet-Lithuanian Treaty of 1920, known as the Vilnius region.

Lithuania free, but not so Vilnius

At the first session in the puppet Central Lithuanian Parliament on February 20, 1922, the decision was made to annex the whole area to Poland, with Vilnius becoming the capital of the Wilno Voivodship.

The Council of Ambassadors and the international community (with the exception of Lithuania) recognized Vilnius (Wilno) as part of Poland in 1923. The Lithuanian authorities never accepted the status quo and continued to claim sovereignty over the Region of Vilnius. Also, the city itself was declared the constitutional capital of the Lithuanian state while Kaunas was only a temporary capital of Lithuania. Lithuania closed the border and broke all diplomatic relations with Poland. The two countries remained at the de facto state of war until the Polish ultimatum to Lithuania in 1938.

Born when Independence had arrived, but not in the city in which he lived.

His youth was a kept secret, one on which he never spoke about. His past remained as if spent – and so he moved on, remaining silent, only sharing reminiscences with his few good friends who emigrated with him over occasional afternoons at the city locals.

continued
The basis of Viktoras' true blood.
From Russian domination to German occupation to Polish thievery, Vilnius inherently lived in proximity to extinction; 99 % of the populace being displaced by foreign immigration and expulsion of natural citizens, the undercurrent of patriotic survival was inherent in every one who had any link to the city, and it was in this emotive subtext that Viktoras had been bathed.
continued