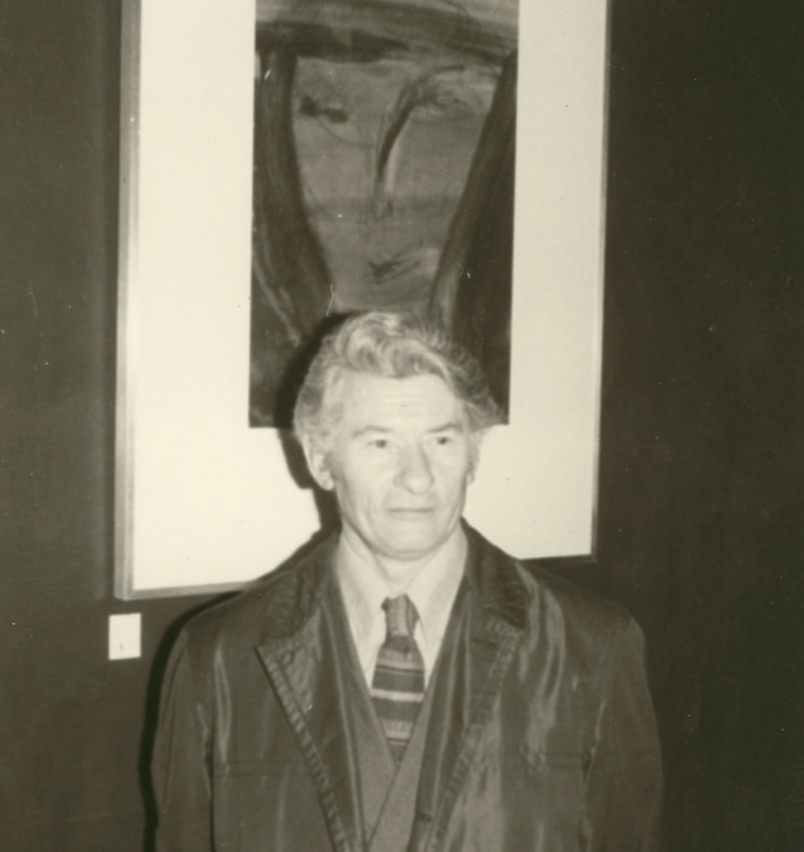 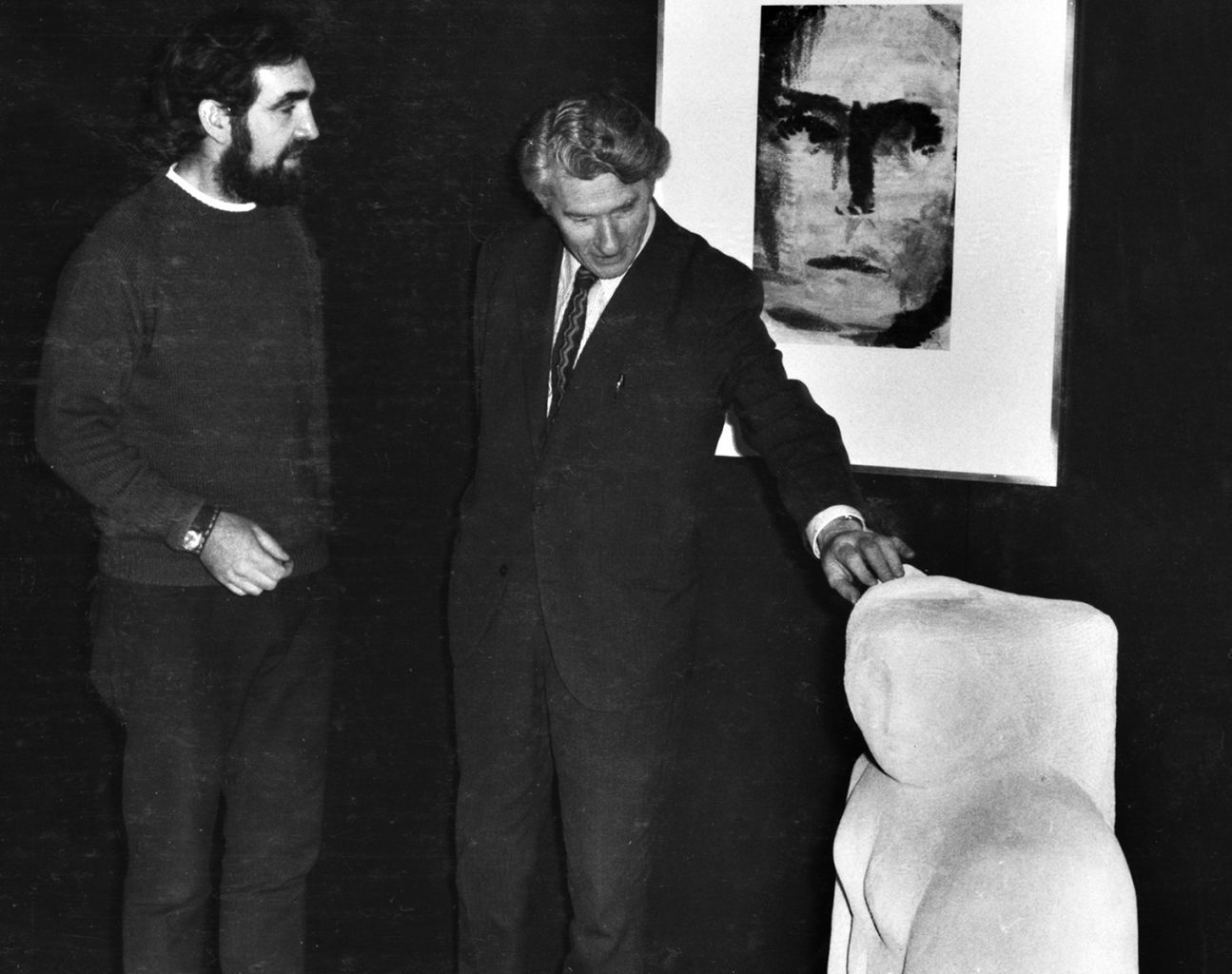 Australia and the New World

Australia no longer was a backwater in the eyes of the world: politically our country was starting to get respect and we had joined with the art crowd, musicians, dancers, theatre, artists of all kinds and our painters – Jeffrey Smart, (Nolan and Boyd were well established), Whitely etc.

With all the attention on painters and especially Brett Whitely who was elevated from L’enfant terrible to almost godhead status, the subtle arts did not stand a chance in reaching out to a popular level. The popular critical choice lay with dramatic and challenging subjects, bending rules and they had to be full of paint.

Never-the-less, Viktor began on a series of imaginative portrait themed medium-sized images (approx A1 in size) of washes of india ink on wet paper.

The effect was of a spreading edge of fractal growth which disturbed the precise line work which dominated his work up until now. The subject was of course his favourite – heads. Each had a complete personality that was so different one from another yet they all felt as if they belonged to the same race.

The series was strong idea and in his show at Warehouse Galleries in Waltham Street, Richmond Victoria (recently the home of Dickerson Gallery), he released a few of the images. The showing displayed 5 from the series along with nudes- a total of 16 works. He shared the gallery space with sculptor Jim Rowe whose works had resonance from the style of David Moore.

Finding an identity in one's art

The pen was his weapon and it was the 60’s that brought out the delicate linework that shaped his future oeuvre. Broad areas of ink still dominated the balance of the images but the introduction of simplicity of line began to take prominence.

As the simpler linework crept more into his illustration, Viktor found a freedom from overworking the imagery, finer and finer lines began to emerge from the inky blacks and German Expressionism soon began to be touched by an emerging minimalism, a conservation of information, a refinement of what was left was most important.

I remember him talking about Picasso’s simplicity and freedom to displace items of the face to where he felt they needed to lead one’s eye – I believe that this was part of his intent as well.

Commercial art was paying the bills and new innovative designs were the call of the day. Viktor was working on very clean delineation of information, uncomplicating the readability of texts but utilising strong new graphic design in his illustrations. 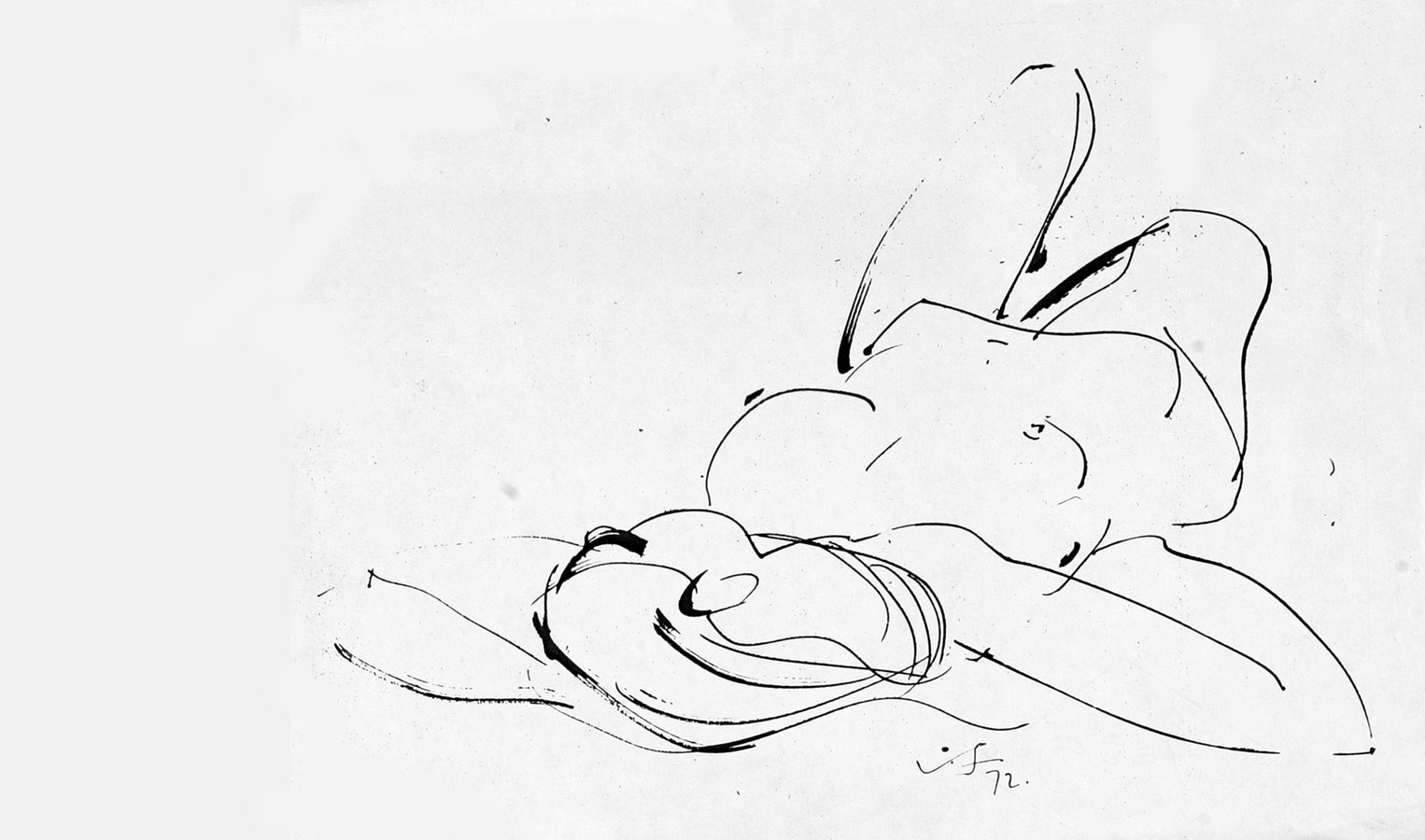 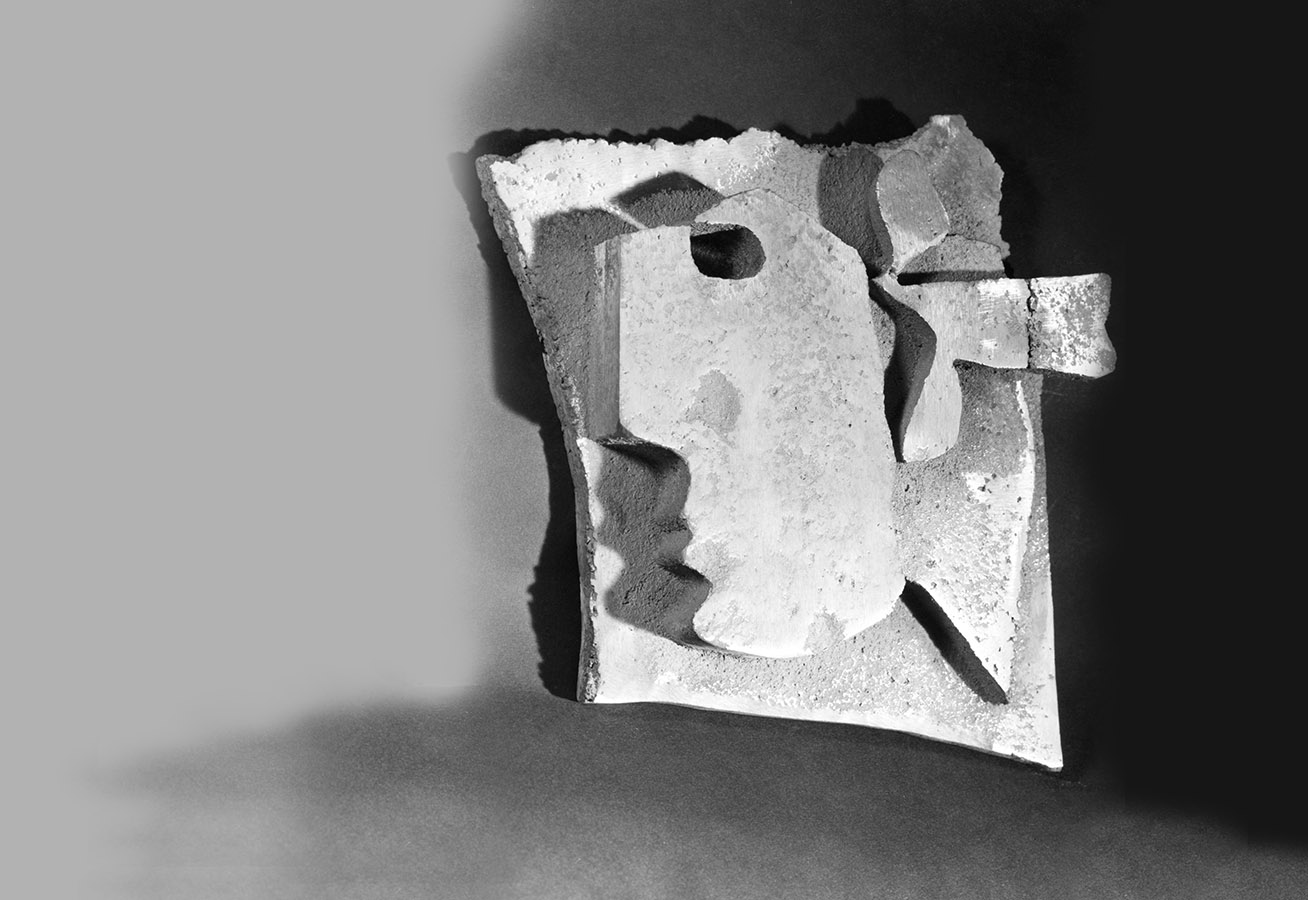 As commercial graphics became a staple for basic survival, many artists of the time worked within the illustrative genres of art where they found solace in the depiction of faces and bodies with an approach to capturing the pose and the emotive personality, more portraiture than story. The drawings of Charles Blackman and Robert Dickerson were aligned to Viktor’s vision, who’s “… rapturous attention (was) for human heads”.