How wonderful is the smell from cutting into linoleum?
Even better with the smell of ink on its surface!

He had such a delicate hand, never too much pressure but just enough to knick out the vital bits. After sketching up the image, he’d spend some focussed attention making the positive negative, the dark into light.

All flat surfaces were a chance to carve out an image: linoleum, wood, rubber stamps.

The 3 lovely illustrations below were carved from rubber as stamps to manually add to a limited publication of teaching manuals for teachers at a Melbourne Sunday School in 1954. Each booklet was typed and roneoed copied then stamped with these images in a secondary colour, budget? nil! Result – priceless. 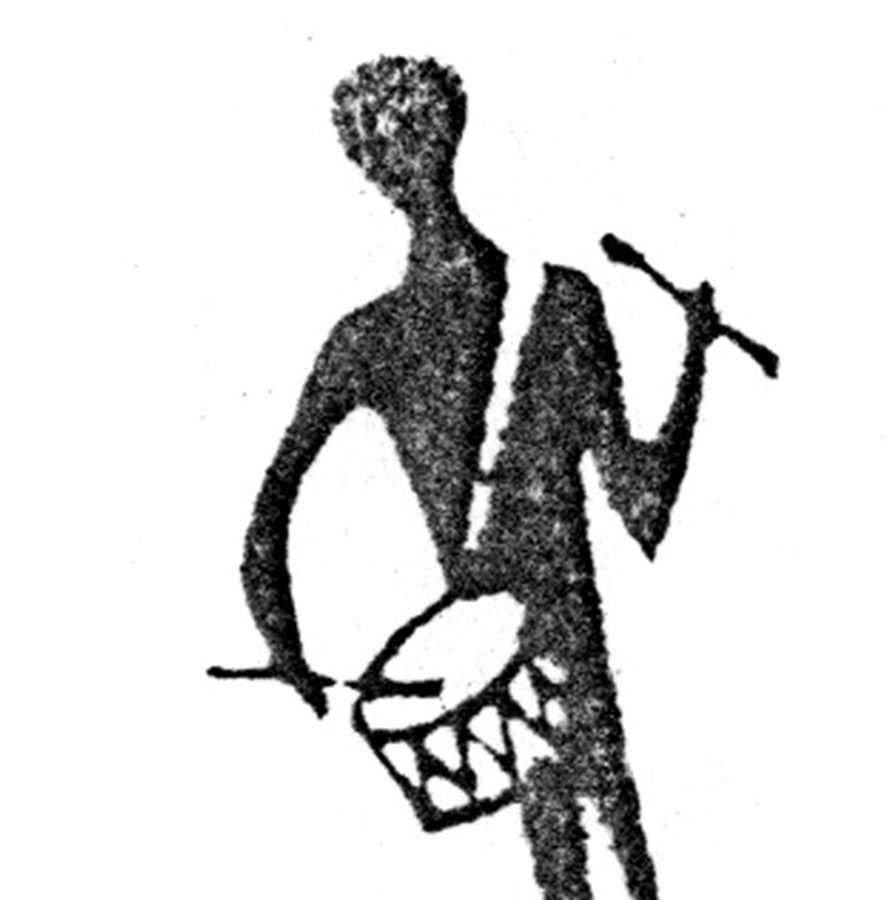 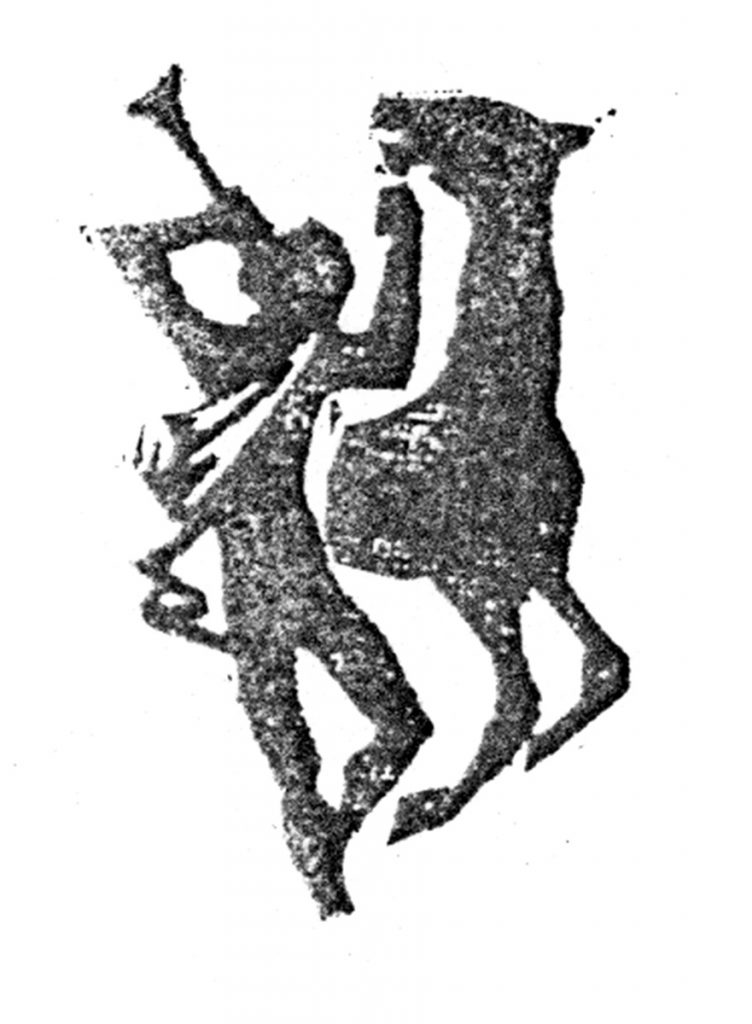 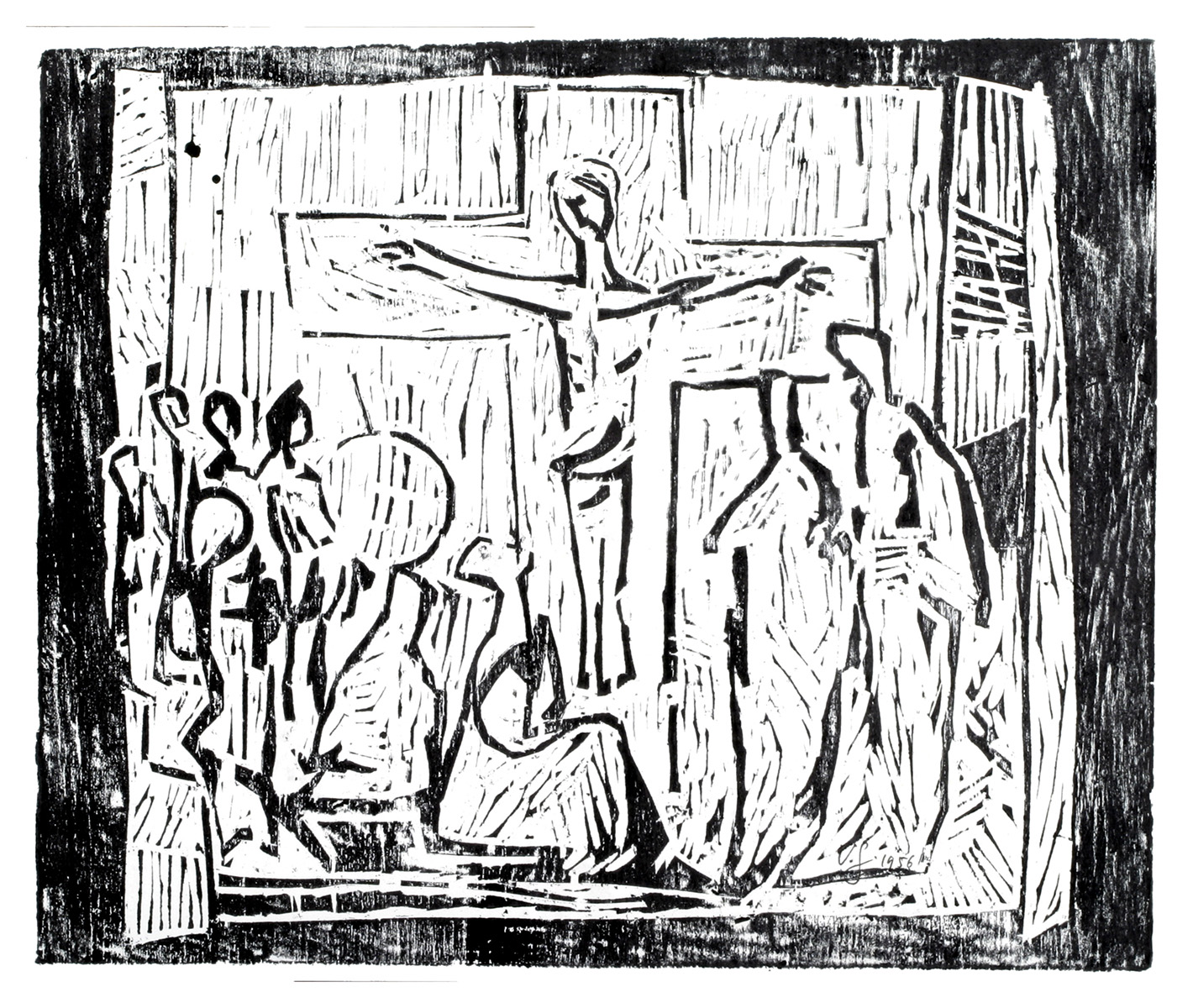 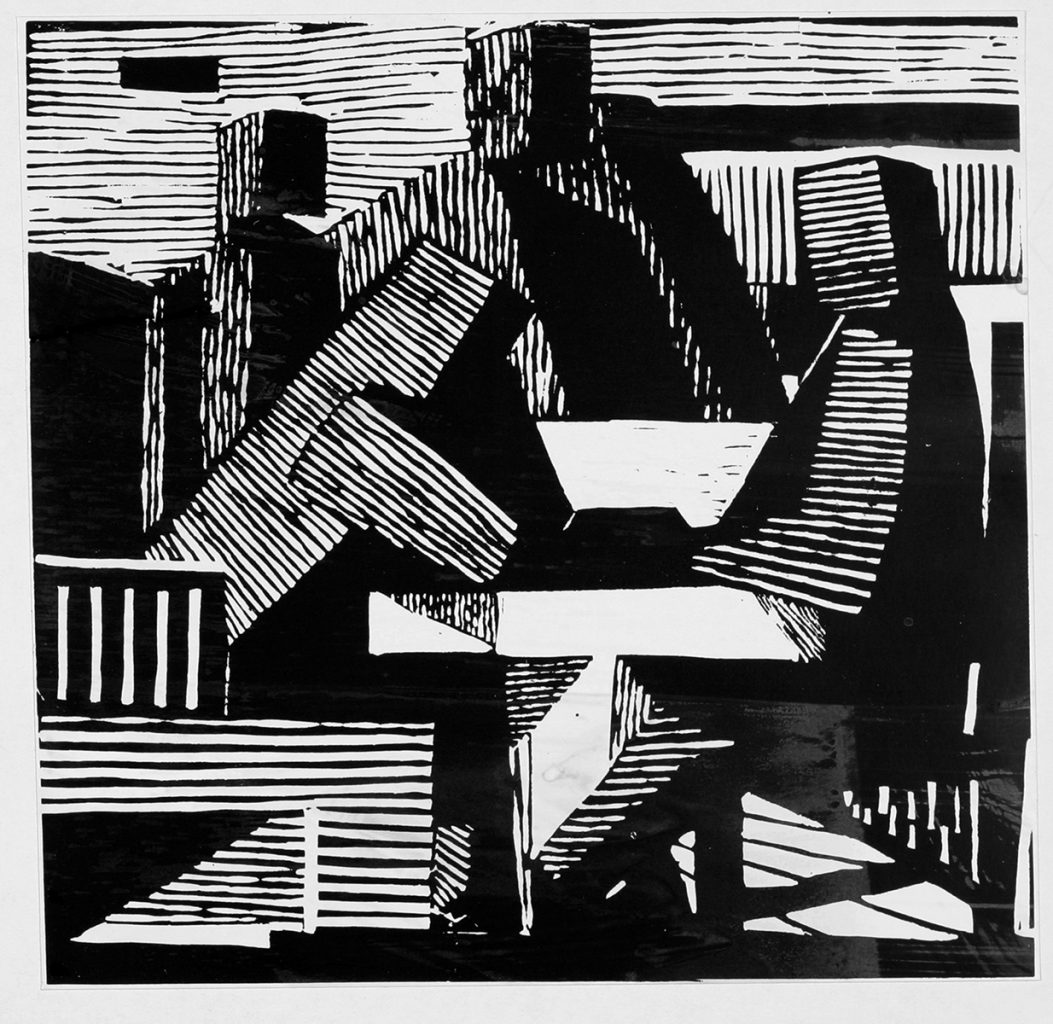 At least two hundred years ago in Lithuania, woodcut was being used as a reproduction method for religious imagery.

In the beginning of the twentieth-century, professional artists found woodcut as a modern graphic technique. Lithuanian artists tended towards expressionism, cubism and an early abstract movement.

And then during the Soviet era, woodcut imagery turned industrial in character. The regime demanded that the artists depict workers and political heroes preferably in the socialist realistic style. Some traditional Lithuanian artists compromised and created political-propaganda woodcuts in the primitive or expressionism style, retaining some cultural reference back to their own past.

Meanwhile, in Australia, a legacy of the Lithuanian tradition depicted simple pleasures and ideal, in the expressionist way. 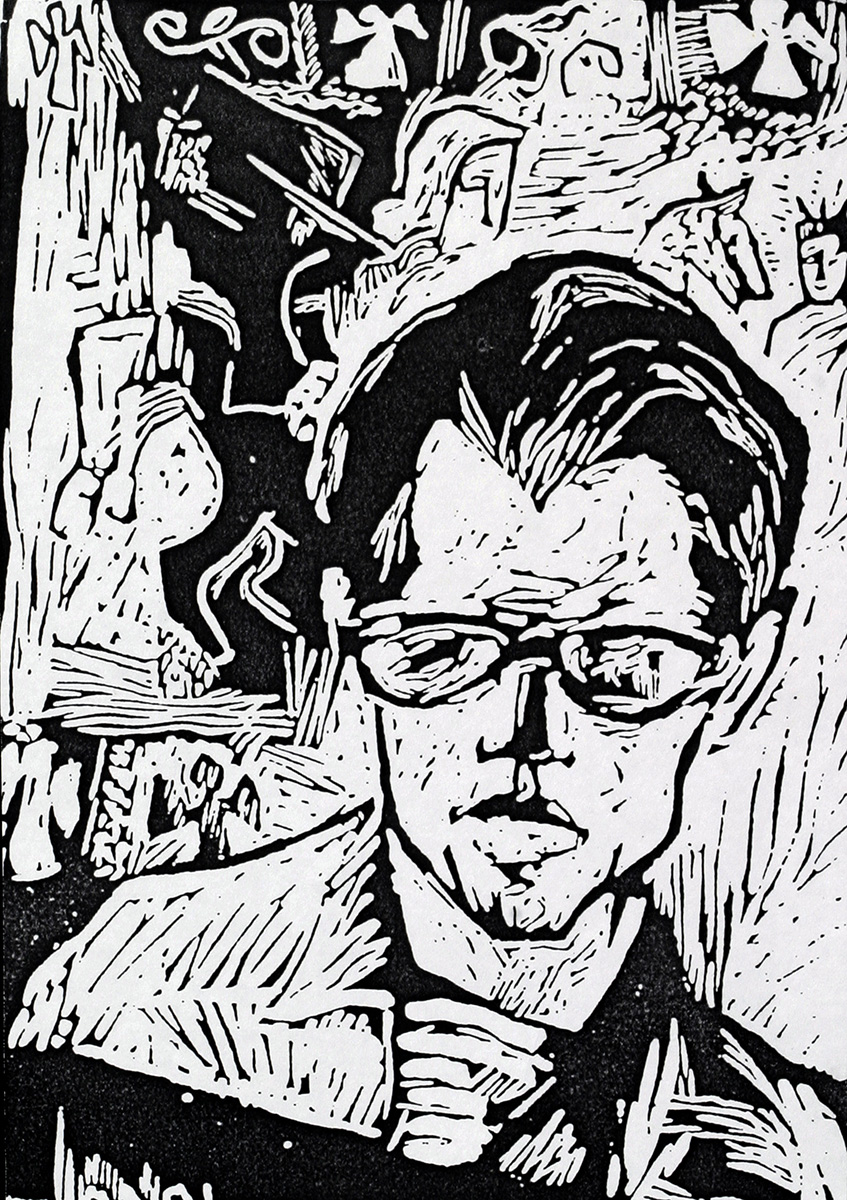 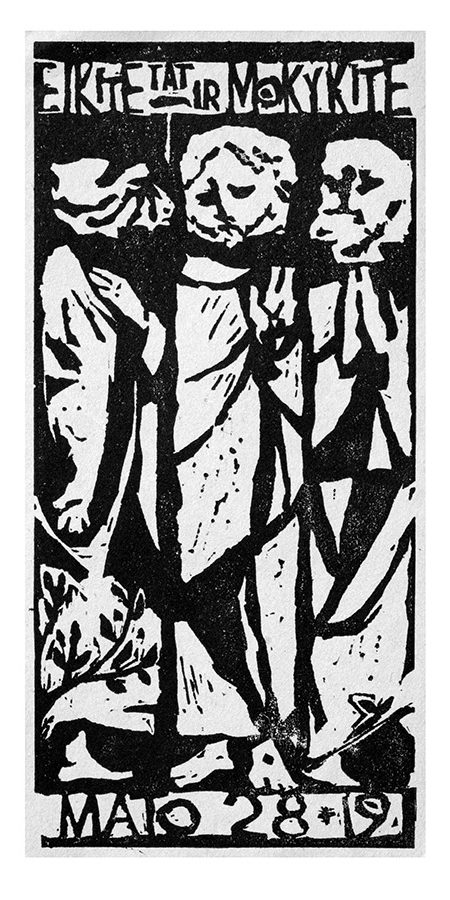 So why was woodcut so popular in Lithuanian art?

Lithography or etching was (and still is) a more conservative technique for Lithuanian artists. Simply stated, there was an abundance of wood and woodcarving was a tradition –  and in that way, an acceptable request for commerce was always at hand.

In Lithuania, it developed  with more energy than other graphic techniques. It was greatly influenced by European art, and in the history of woodcuts, Lithuanian printmakers could see within it, the movement of their own unique style of art.