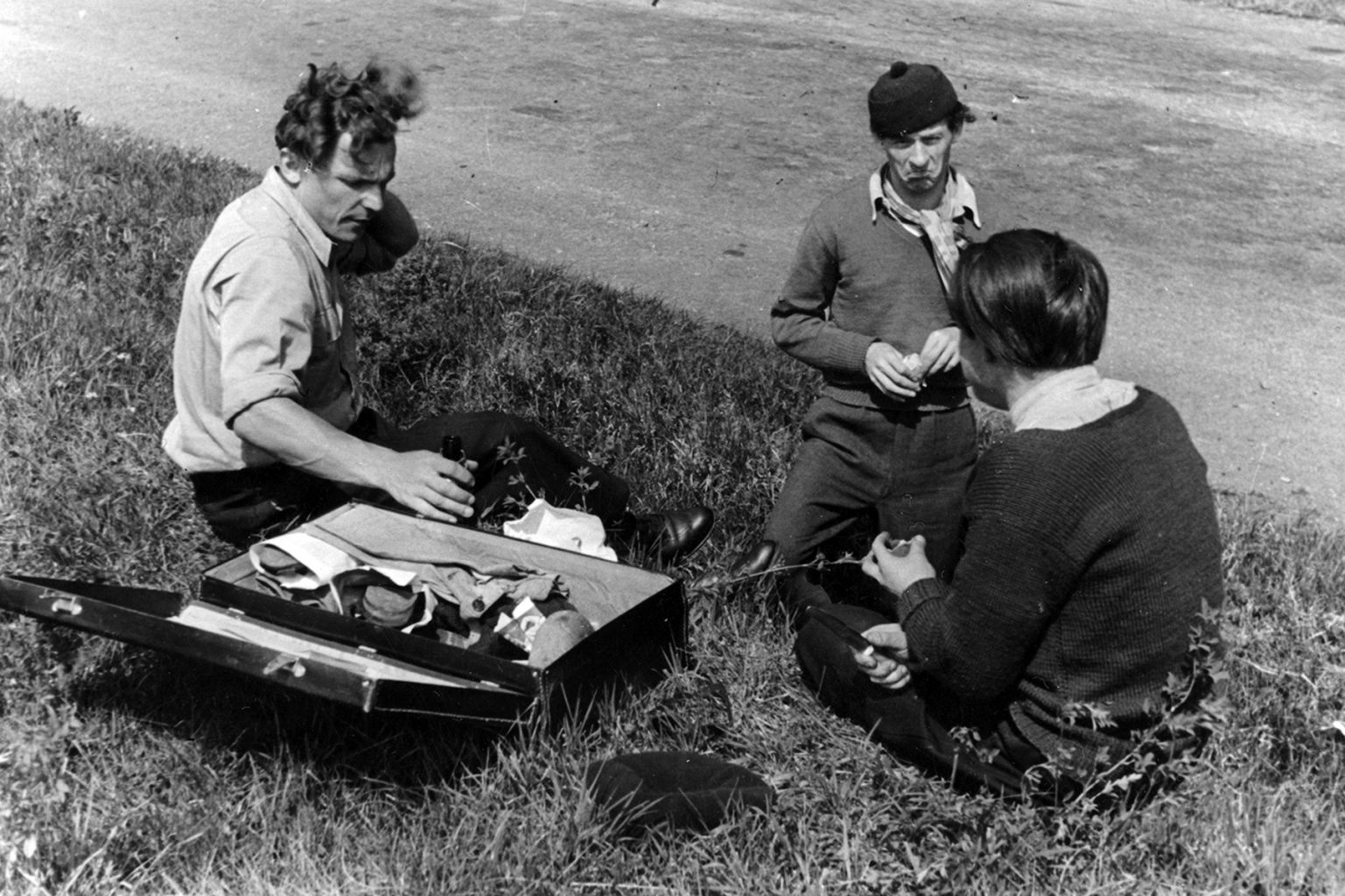 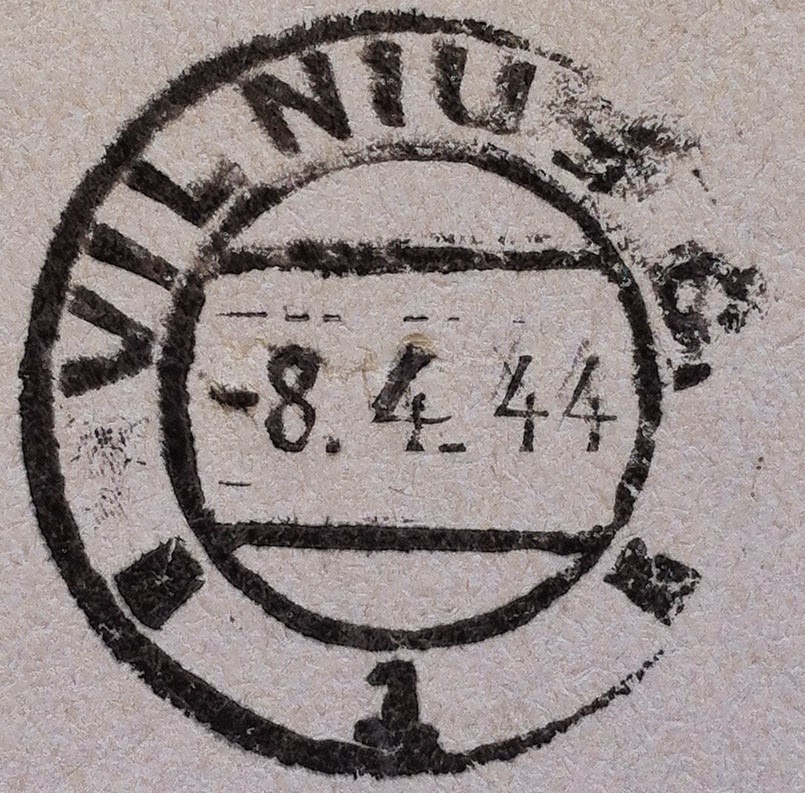 From Vilnius to Freiburg

When the Poles had claimed Vilnius as their own, expelled most of the citizens, imported Russians and Poles to fill the emptied homes, Viktoras was young enough to avoid the restrictions imposed on the adults and could cross over the demarcation zone to visit his grandparents in free-Lithuania where he was kept schooled with the love of his country and its traditions and language.

Back in occupied Lithuania, things were very different: schools were forced into ignoring the heritage and were taught either in Russian or Polish.

When Viktoras finally graduated from High School, he entered the Vilnius Academy of Art to study painting. During this time he found work in a printery in Vilnius where he took on basic assistant chores. Unknowingly, these working years infused a passion that would not realise itself for many years to come, self-publishing before the advent of computers.

When the War took hold, many fled the country from the advance of the expected horrors to come and Viktoras sought refuge in the heart of Germany itself, at the Munich Arts Academy in 1944. Two years later, he found himself safely studying in the town of Freiburg (Free City) where some enterprising Lithuanian Artists began (with the help of the French) to set up an art college for expatriate Lithuanian artists, the short-lived but wonderful L’École des Artes et Metiers.

Viktoras enrolled in painting but soon found himself drawn towards the world of Graphic Design:

“I felt that graphics was dearer to me – in it is a much more organised, it has more definition of line, there is no spontaneous weakening of colour. Even now I highly regard great painting, I admire it, and for that reason, I keep colour to a minimal in my own work.”

“In those times, no-one in Lithuania had talked of applied graphics as an alternate art style, it even had no knowledge of its commercial aspects.”

Portrait of the Artist as a young man 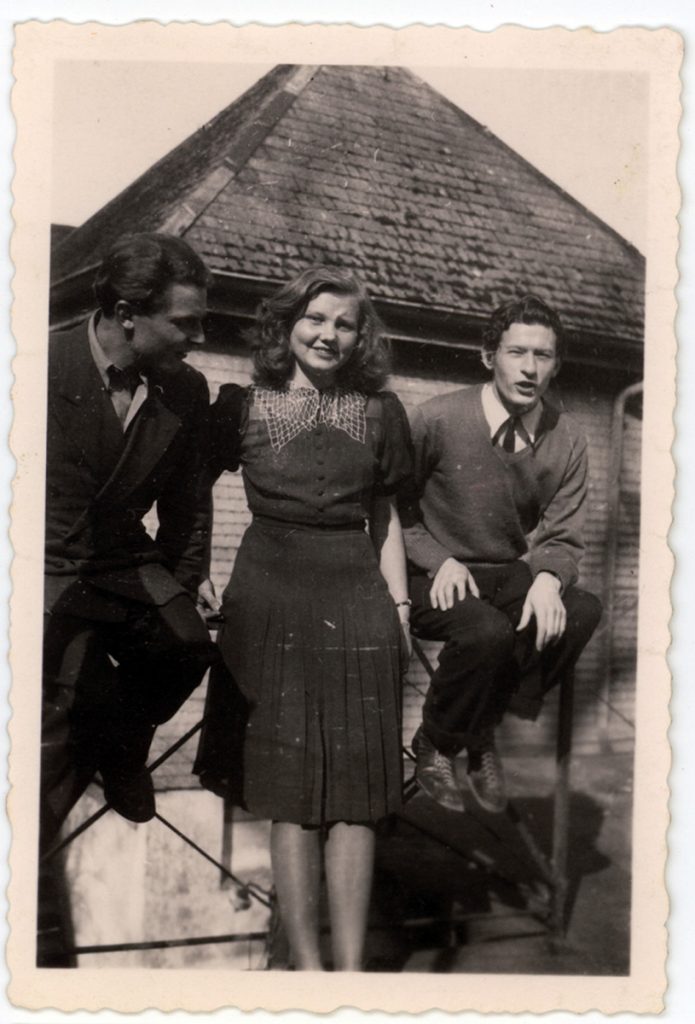 Artists and friends, Eva Kubbos
Student days were always not too far from the war, but relatively safe from the front

The École des Arts et Métiers was founded and directed in post-World War II Germany by Vytautas K. Jonynas in Freiburg, under the French flag, in the French Zone of West Germany. The professors were established Lithuanian masters, such as Viktoras Vizgirda, Algirdas Krivickas, Adomas Galdikas, Adolfas Valeška and others, all of them refugees from Lithuania who found themselves in Displaced Persons camps in war-torn Germany. In this school, an entire new generation of Lithuanian artists was born.

More information about this unique school that lasted only five years, from 1946 to 1950, can be found in an art catalogue compiled by Victoria Kašuba– Matranga and published in the 1980s.

The ARts School was formed by Teleforius Valius and Vytautas Jonynas with the support of professors Viktoras Vizgirda, Algirdas Krivickas, Adomas Galdikas, Adolfas Valeška, Antanas Tamošaitis and others

In March of 1949, the Lithuanian Institute of Arts, of which Vaclovas Ratas was a member, organized the last large retrospective Lithuanian Art Exhibition in Augustiner Museum, Freiburg. The graphic section was extremely strong. Apart from the four members of FORMA, the museum exhibited works by Professor Vytautas Jonynas, Adolfas Vaičaitis and Viktoras Simankevicius.

129 students were part of the Freiburg group

continued
The Freiburg years introduced a new exposure to European modern imagery
With the traditional Lithuanian folkloric arts being resurrected in a modern bathing of light, mixing in with German expressionism and new waves of modern art, the Freiburg group managed to keep alive a whole generation of Lithuanian artistic thought.
continued